This week we’re joined by Rudy Filapek-Vandyck from fnarena.com. He explains his “super stocks” or “all-weather performer” investing strategy. In the QAV Club extended episode, Tony discusses the effect the Wuhan virus has had on the ASX and our portfolio this week, the latest results from CCP, and we break down the financials of AMI. 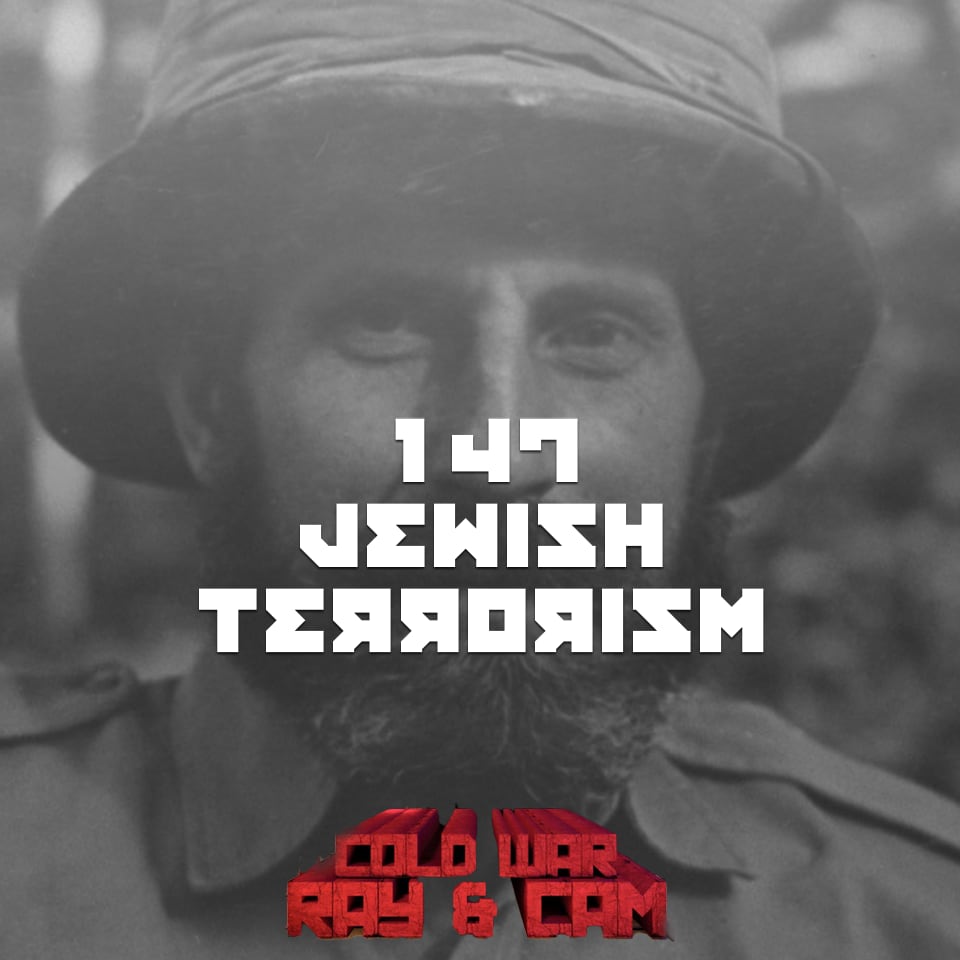 After The Peel Commission recommending moving hundreds of thousands of Palestinians off their land by force, the Arab Revolt re-emerged with hundreds of terrorist attacks during 1937-38 against the British and Jews – and even against Arab collaborators. The British cracked down and deported many of their leaders. Irgun, the Jewish militant group, met this threat with their own terrorism. Hitler used the situation to score propaganda points against the Jews and the British.

When Caligula’s favorite sister, Drusilla, suddenly died in 38 CE, he couldn’t cope. He made her a god, to be worshipped as Panthea, the “All-Goddess,” or “all-embracing deity”, Divae Drusillae Sorori Caius Augusti Germanici. One senator declared under oath that he had witnessed how Drusilla rose to heaven.

And now Caligula needed to find a new successor. 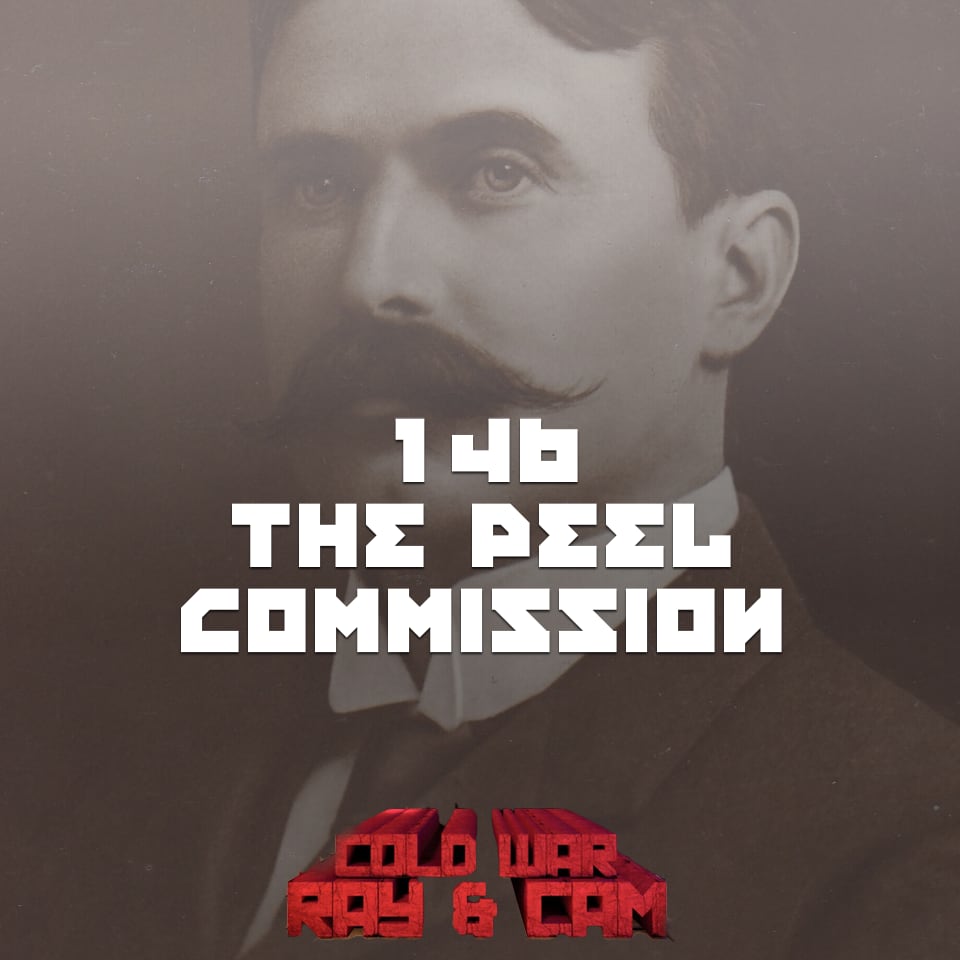 After the Great Arab Revolt of 1936, the British pretended not to understand the causes of Arab anger and held The Peel Commission to get to the bottom of it. Peel recommended partitioning the land, giving one-fifth to the Jews –  forcing 225,000 Arabs to move off their land. 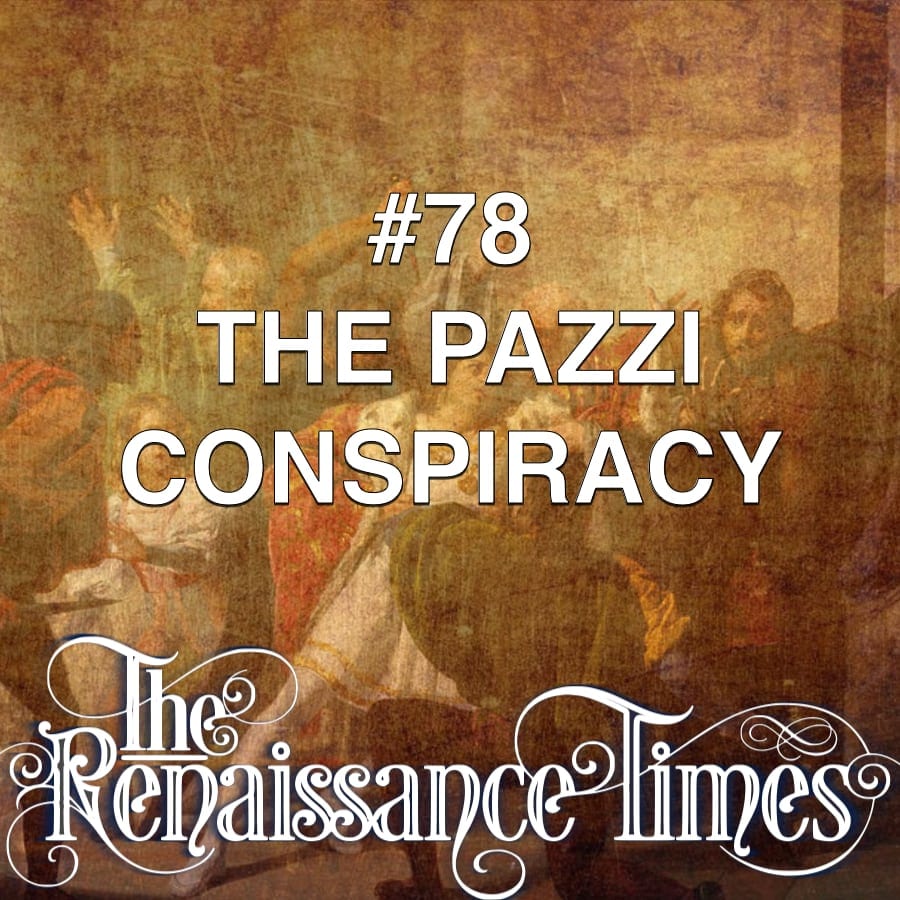 Early in his rule, Lorenzo de’ Medici cracked down on the town of Volterra, resulting in rampage, murdering, looting and raping. Meanwhile, in Milan, on the day after Christmas 1476, Galeazzo Sforza, Duke of Milan, was stabbed by three noblemen as he entered church. And Larry upsets Pope Sixtus IV over a loan request, which leads to an assassination attempt in 1478 on both Lorenzo and his brother Giuliano, also while attending church. It’s known as The Pazzi Conspiracy.

As we’re into “confession season” and have “reporting season” rapidly approaching, Tony shares some of the details of the filters/alerts he uses in Stock Doctor to find opportunities. He also answers a listener question about the benefits of using free cash flow versus operating cash flow.
Our stock of the week is CIA – Champion Iron.

From his sickbed he named his favorite sister, Drusilla, to inherit the imperial “property and the throne”. But when he recovered, he decided to rid himself of some enemies, real or imagined, including Gemellus, Macro and Silanus, his former father-in-law.

Alan MacLeod joins me again to discuss the latest news about Venezuela and Iran. Alan is a member of the Glasgow University Media Group. He is author of “Bad News From Venezuela: 20 Years of Fake News and Misreporting.” His latest book, Propaganda in the Information Age: Still Manufacturing Consent, was published by Routledge in May 2019.

Lorenzo de’ Medici throws himself a jousting tournament to take Florence’s minds off the fact he’s marrying a Roman girl. The ‘Queen of the Tournament’ was Lucrezia Donati, a Florentine hottie who Lorenzo was writing love poetry about, even thought she was married to someone else. His bride, Clarice Orsini, arrived in Florence a while later, and they were married just before Piero died. The marriage wasn’t altogether happy, but at least they did produce Pope Leo X.

But then the troubles started. Florence’s enemies, many of them exiled by Lorenzo’s father and grandfather, think they can take this 20 year old kid.

They are in for a surprise.

Tony answers some questions from listener Jamie in Perth about balance between property and shares. He also talks about a couple of investing books he’s been reading, and in our Club edition we analyse BSL – Bluescope Steel.

Caligula’s absolute favourite thing in the world, apart from spending money, is screwing. And seriously, who can blame him. It’s good to be the king. And, like Ray, he was happy to be a power bottom. He liked horse racing, and was fond of poisoning other team’s horses and riders. He liked actors, and was fond of beating people up who interrupted performances in the theatre. I wish we could do that to people who write moronic iTunes reviews. And then, a few months after he became Emperor, Caligula fell seriously ill. It would be the turning point of his reign.

The Nemi ships were two pleasure barges, one larger than the other, built under Caligula at Lake Nemi. Although there were several attempts to recover them from the 15th century onwards, it wasn’t until 1929 that Mussolini ordered the whole of Lake Nemi would be drained and they were recovered and housed in a museum. And then the Americans decided to drop bombs on them, and they were destroyed, lost forever. 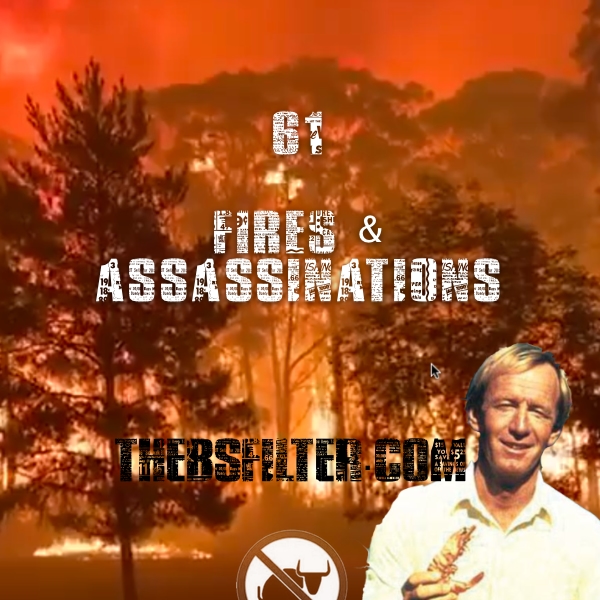 We talk about Australia’s bushfires and America’s assassination of Soleimani.

We look at our portfolio’s month end report and how it compared to the All Ords Total Return index and answer questions from Club Member Mike L about the accuracy of future predictions. Then we talk about commodities trend lines as a source of comfort when investing in coal, and our analysis this week is GRR.

Two days after the death of Piero de’ Medici in December 1469, his eldest son, Lorenzo de’ Medici, aka Larry The Med, became the new ruler of Florence. He was 20 years old. He was a major patron of the Renaissance and the father of the future Pope Leo X.

While the Jews were trying to get close to Mussolini, the Arabs modelled themselves after Hitler. The Husseinis, led by Amin al-Husseini, aka Hajj Amin, the Grand Mufti of Jerusalem, in 1935 set up the Palestinian Arab Party which had its own youth corp, al-Futuwwa, similar to the Hitler Youth and was even officially called the “Nazi Scouts”.

Another Arab terrorist group in 1935 was run by Syrian-born, Egyptian-educated preacher and cleric, Sheikh ‘Izz al-Din al-Qassam. He had fought against the French in Syria and eventually had to hide out in Palestine. He organized a terrorist network called the Black Hand. After the “cement barrel incident,” al-Qassam lead an attack on the Jews which ended in his martyrdom, paving the way for generations of young Arab men, and which lead to the “Great Arab Rebellion” of 1936.

Our last show of 2019! Our guest this week is listener Andre Bravo, a Canadian who has a Masters in Applied Computational Economics and works in the weed industry. Oh NOW I have your attention! Andre joined us this week to talk about the app he has written to speed up his own QAV analysis, and then we get his help to analyse our first US stock – Hertz (HTZ.N). It’s an interesting one because we couldn’t use our usual tools and had to resort to pulling up numbers manually. The basic lesson is that the checklist can be used to analyse US stocks. Andre also asks a few really great questions about how Tony uses the checklist and gave a refresher course how on to simulate Stock Doctor’s financial strength rating using other sources of data.

Thanks for all of your support this year! We hope you learned a lot and are feeling more confident in your ability to analyse stocks. We’ll be back next week with Season Two!