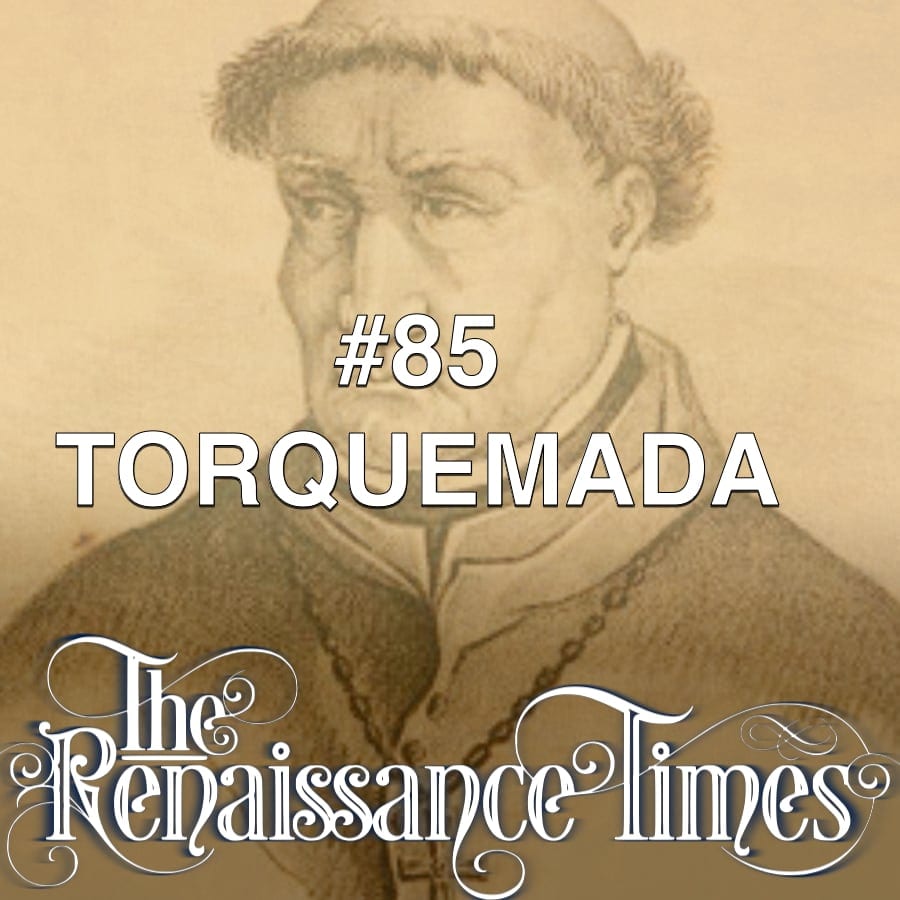 In 1482, as the Spanish Inquisition started to ramp up in more towns, the Pope appointed seven more inquisitors, including the infamous Tomás de Torquemada. However, critics of the Inquisition claimed that “the Inquisition has for some time been moved not by zeal for the faith and the salvation of souls, but by lust for wealth.” The critic who wrote that was none other than the Pope himself. 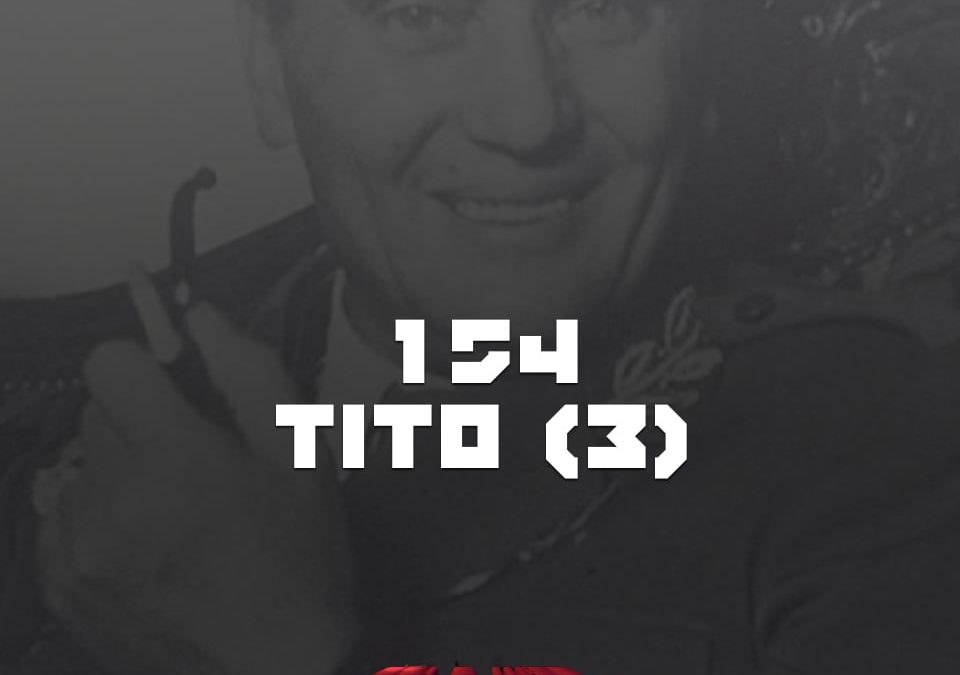 By the time Tito got back to his home country in 1920, the Austro-Hungarian, Russian, German and Ottoman empires had all been broken up. In their place were the independent states of Finland, Estonia, Latvia, Lithuania, Poland, Austria, Hungary, Czechoslovakia, and the Kingdom of Serbs, Croats and Slovenes, commonly known as Yugoslavia. It was then that Tito began his career as a revolutionary. 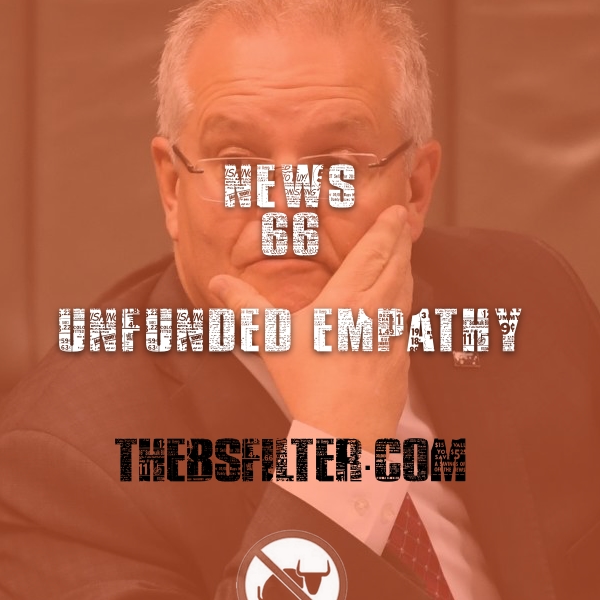 Guo Wengai – is claiming that China’s virus death toll is still rising, they are hiding it, and burning bodies in mobile mass incinerators. But can he be believed?

Last week a Venezuelan defector is caught trying to smuggle a shipment of US weapons into VZ to assassinate Maduro. The next day the USG indicts Maduro on drug smuggling charges. Coincidence?

Remember 9 months ago when Scott Morrison said the Coalition will not engage in “unfunded empathy”?

In the NYT on 22 January, James G. Hodge Jr., director of the Center for Public Health Law and Policy at Arizona State University, said the Chinese shutdown in Wuhan would “almost certainly lead to human rights violations and would be patently unconstitutional in the United States.”

Ukraine Joe has been accused of sexually molesting a staffer, Tara Reade, back in 1993. 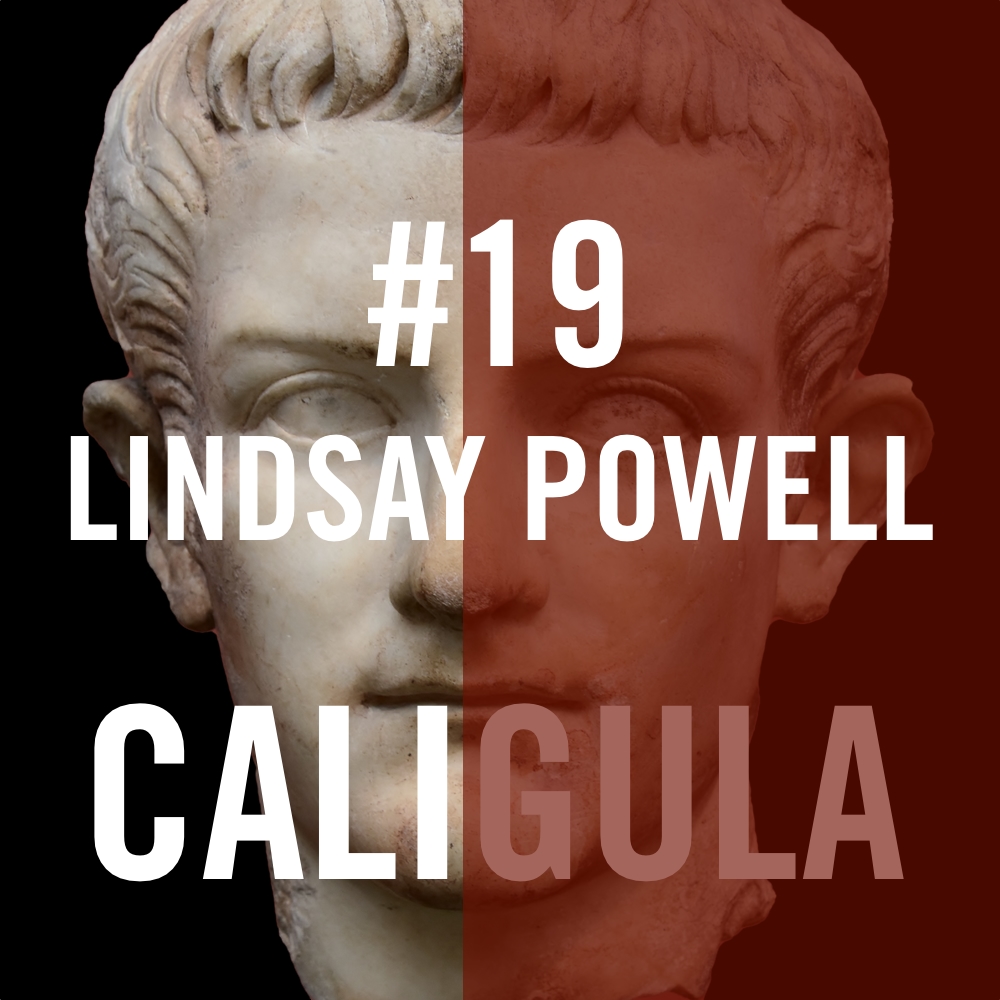 Ray recently interviewed Lindsay Powell about Caligula. I asked Ray for show notes. This is what he gave me.

“We talked of keeping the sources in context, considering the times they lived it and agenda. He went deep. Then his analysis of the events in the German border and the coast of Britain. And his apparent fickleness, which in a ruler, effects everyone but also how people like Suetonius probably used that.”

See? That’s what I have to work with.

The papal bull issued by Pope Sixtus IV on 1 November 1478 provided for the appointment of two or three priests over forty years of age as inquisitors. Powers of appointment and dismissal were granted to the Spanish crown. This wasn’t the first time an inquisition into heretics had been established. In 1401 a special new law in England permitted the execution of heretics – De heretico comburendo – a law passed by Parliament under King Henry IV. In Spain, the first auto de fe (‘act of faith’) of the new Inquisition was celebrated on 6 February 1481, when six people, men and women, were burnt at the stake and the sermon at the ceremony was preached by Fray Alonso de Hojeda.

Tony thinks the market is going through the “five stages of grief” and we debate which stage we are up to. He also talks about the “Coppock Curve” which suggests markets, like people, go through periods of mourning.

Then we answer some of your questions about:

Part 2 of our “getting started” reboot. In this episode we get into the nitty-gritty of the checklist and the data sources we use. 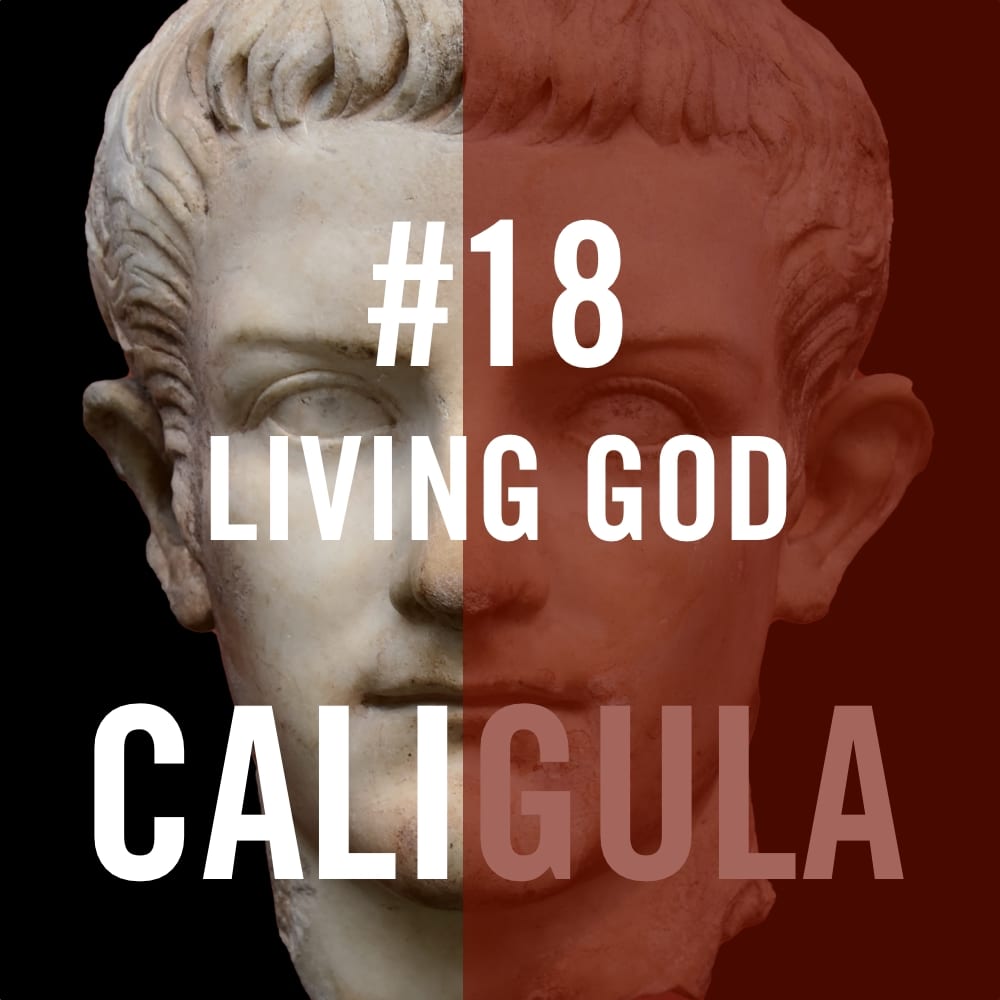 Many historians claim that Caligula’s demand to be treated as a living god is a sure sign of madness. And yet – JESUS claimed the same thing and nobody calls HIM insane. Why does he get special treatment? On this episode, we drill down into the evidence for the claim about Caligula. 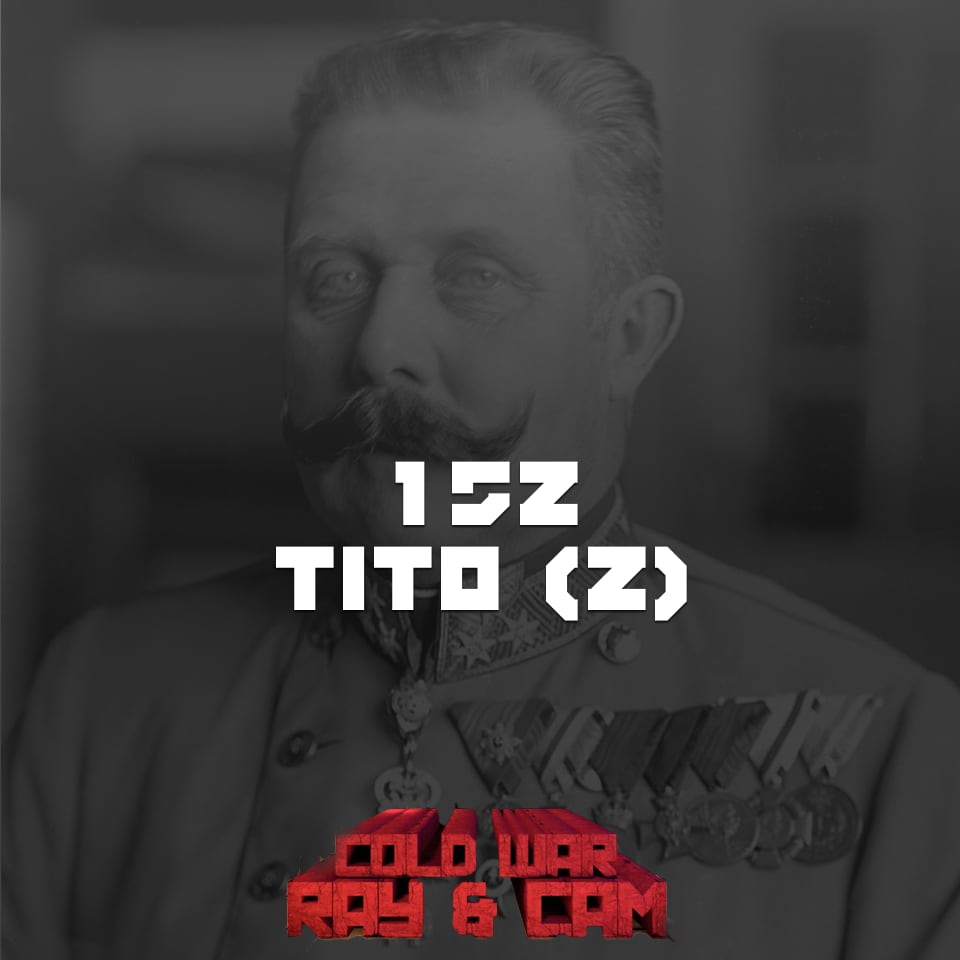 So on this episode, we do a quick review of the region from the fall of Rome through to the assassination of Archduke Franz Ferdinand.

Back to answering your questions today, including topics about leveraging your portfolio, replacing Stock Doctor with another data source, banning short-selling, investing in REITs, how to prioritise the watch list, and just generally when to buy back in. Tony’s basic approach right now is to “wash your hands – and then sit on ’em.” 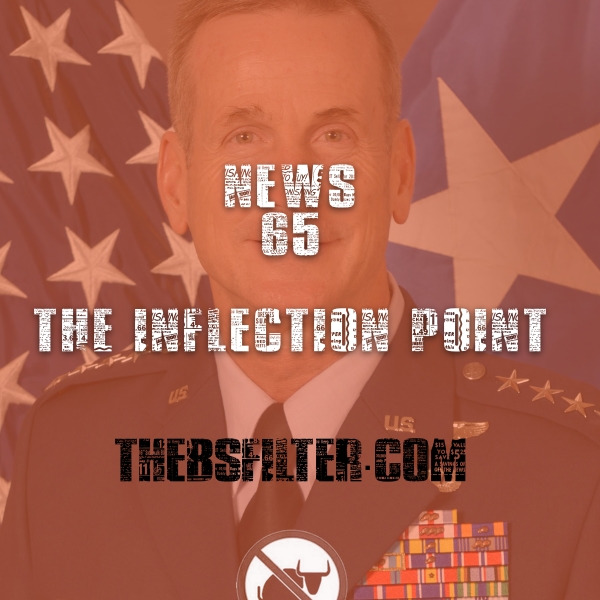 Our take on the coronavirus, the lockdown and what happens next.

As it’s been a year since we recorded our “introduction to QAV” episodes, a couple of our listeners suggested it would be a good idea to re-record them, now that we’re much smoother on the mic. So we present – QAV Reboot. We introduce ourselves and the QAV system of investing in shares. 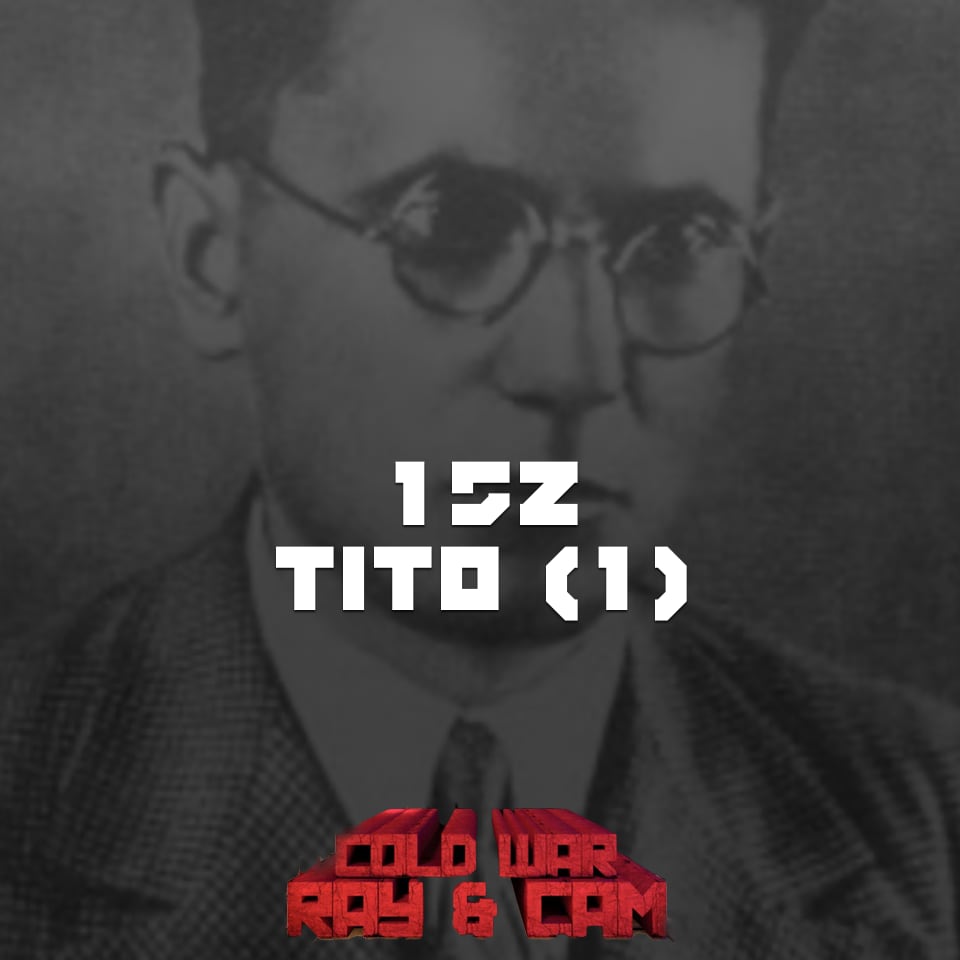 Josip Broz Tito grew up in poverty on a small farm in Croatia. He dropped out of school at 13, and apprenticed as a locksmith and mechanic. In 1913 he was conscripted into the Austro-Hungarian Army and ended up in WWI, where he was injured and captured by Russians. When the Russian Revolution broke out in 1917, he became a Bolshevik and fought with them against the White Army.

Caligula plans his invasion of Britain. It would have been the first time any Roman solider had been there since Julius Caesar. What motivated his plans? Was he even serious? It’s often portrayed as a stupid stunt. But we discover there may be more to it. How did it fit into his German campaign and the conspiracies against him? And how does it factor into Claudius’ later invasion? 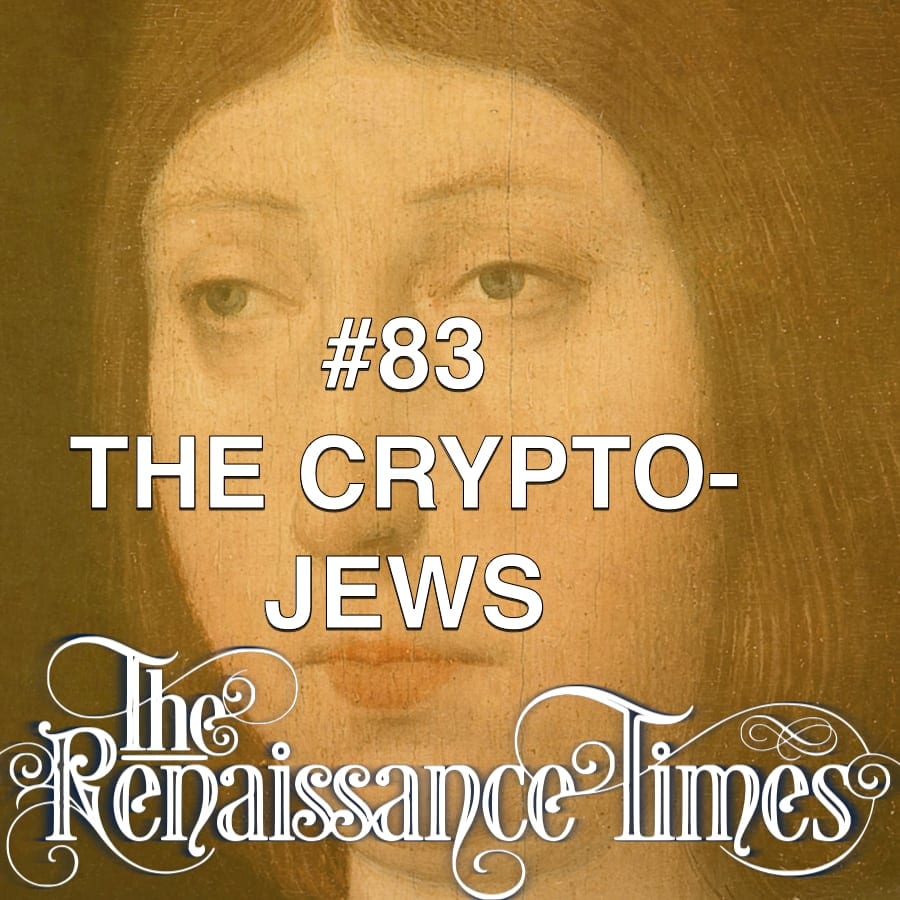 By the 15th century, Christians, Jews and Muslims had lived side by side in Spain for centuries. The Muslims controlled a large region of modern Spain, as did the Christians. But the Jews continued to get massacred in periodic pogroms. However, there were also many rich Jews, among them the financiers who enjoyed royal favor. Then it all fell apart with Queen Isabella when she became aware of the existence of Crypto-Judaism – Jews pretending to be Christians. Jesus hates a faker.

While Friday brought a dead cat bounce, Tony thinks the correction is just getting started. He says we’re yet to see the impact of the coming credit crunch. We answer a question about whether or not Tony invests for the purpose of living off the dividend income, and in our club edition we analyse Macmahon Holdings (MAH) just for practice. As I say – NOW is the time to send yourself to QAV University. When the market turns around, we should all be ready with a watchlist so we can jump in quickly and ride it all the way up in the next cycle. 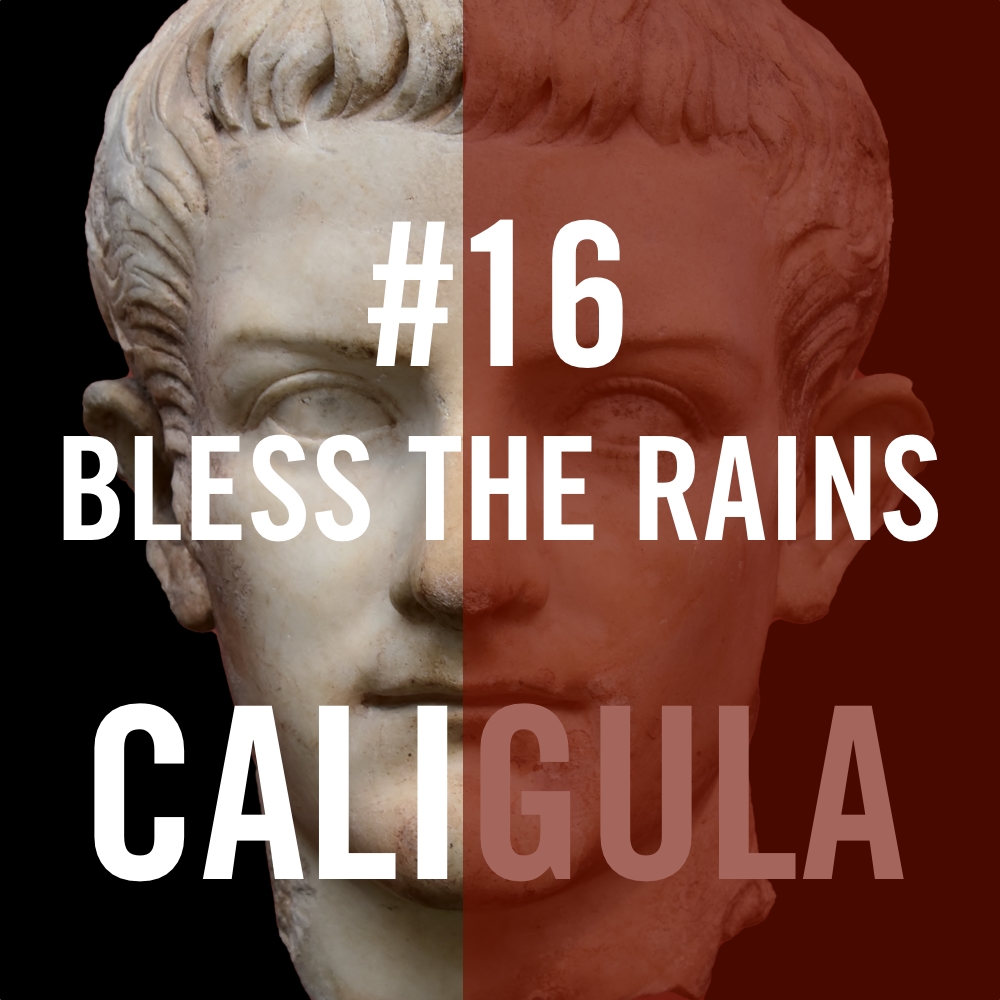 Sometime around the year 40, Caligula executed Ptolemy, the king of Africa Proconsularis and Roman ally. It’s usually portrayed as evidence of his insanity and greed – but perhaps there is an alternative explanation.

Tons of questions this week from club members about how to invest during a market correction. And as the market is still in free fall, we don’t bother with a stock analysis. So we just spend 90 minutes answering your excellent questions, including:

Should we only invest in companies on CommSec’s lending list?

How should we use the three point trend line process when it shows a signal to buy after a sharp drop in price?

How to hold your nerve and make informed decisions in current market conditions being a beginner?

Do we ignore intangibles (eg Goodwill) in Net Equity?

How does Price-to-Book Ratio play a role in our QAV score?

What does Tony do when the inputs to the QAV score are obviously out dated?

How to start a new portfolio from scratch today?

Warren Buffett has changed his strategy over the years. Is Tony’s strategy more like early or late Buffett?

How does return on equity factor into the QAV score? 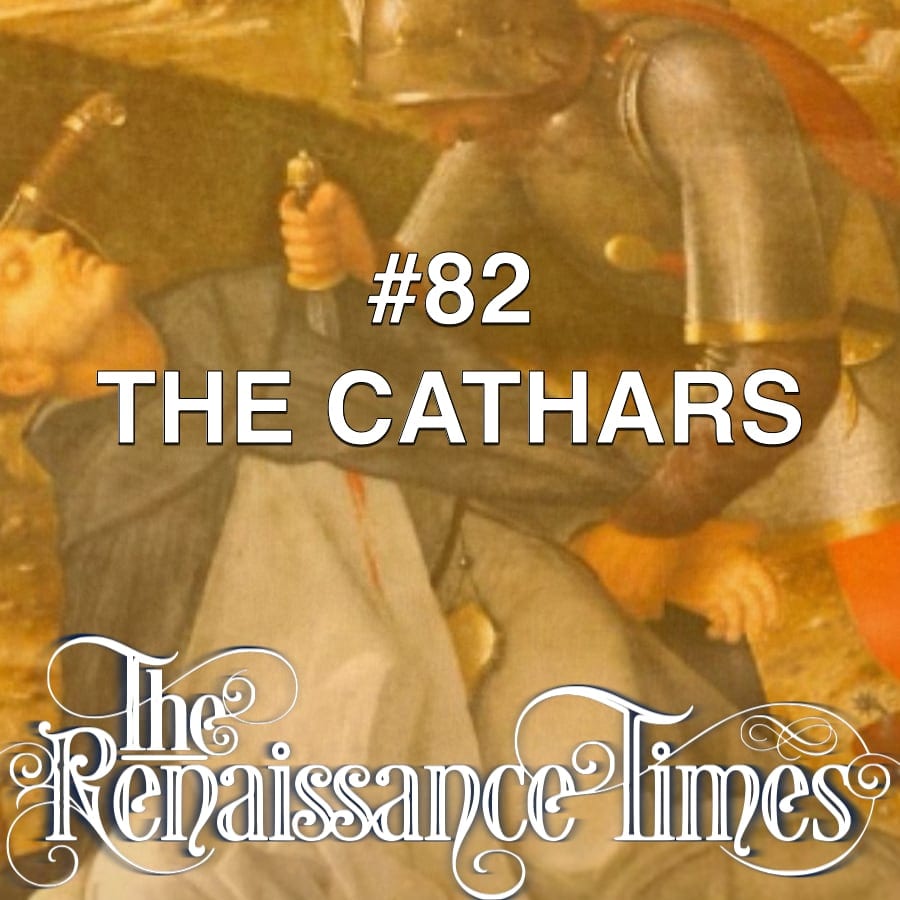 In 1184, Pope Lucius III issued a papal bull, Ad Abolendam, to combat the Albigensian heresy in southern France. They were known as Cathars, or Good Christians. They were going around doing horrible anti-Christian things – like saying killing was bad, being vegetarian and treating women as equals was good, and that the church was too rich. The Pope decided they had to be stopped. How? In the words of the army commander he sent to them: ‘Kill them all. God will recognise his own.’ 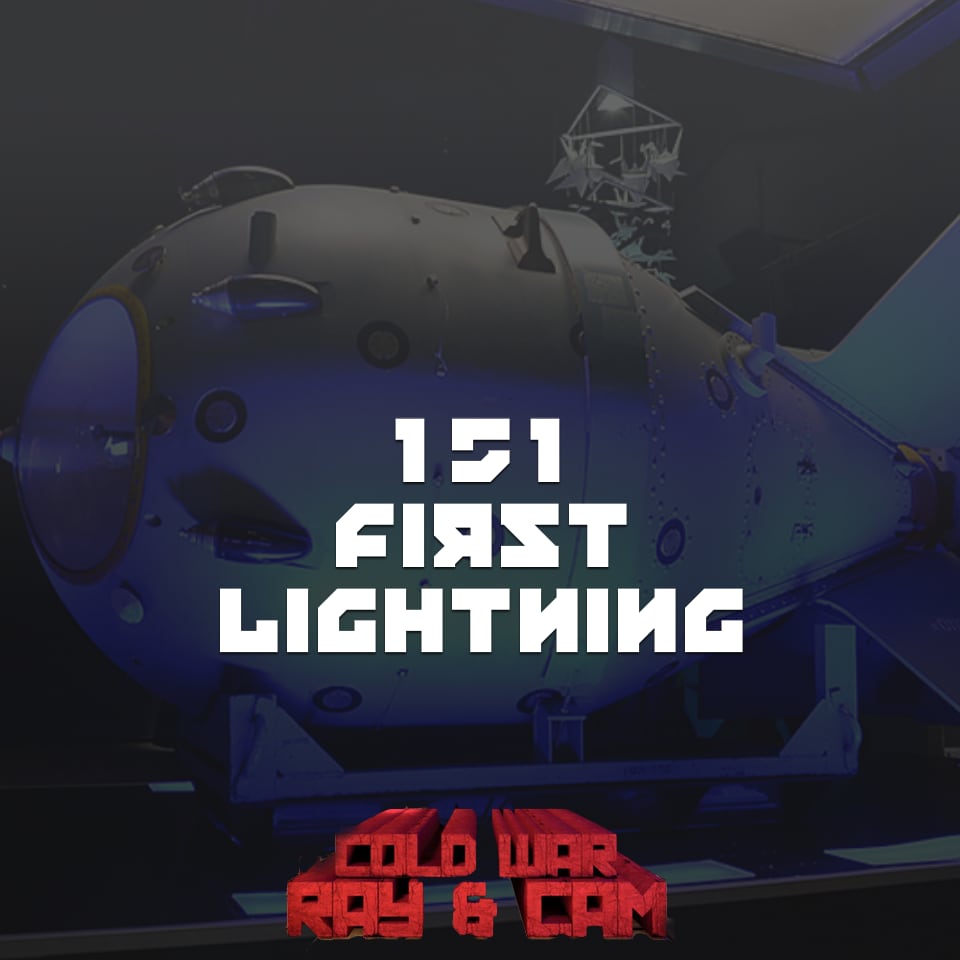 After the bombing of Hiroshima, the Soviets work their asses off to get their own nuclear weapons as quickly as possible, despite the enormous financial commitment it required and the other, more pressing social and economic problems the country was facing after WWII. They saw it as a matter of self-defence against the USA. In 1947, Andrei Zhdanov introduced the ‘two-camps doctrine’. And finally, on 29 August 1949 the Soviet Union tested its first atomic bomb: RDS-1, codenamed “First Lightning”, but known to the West as “Joe-1”. 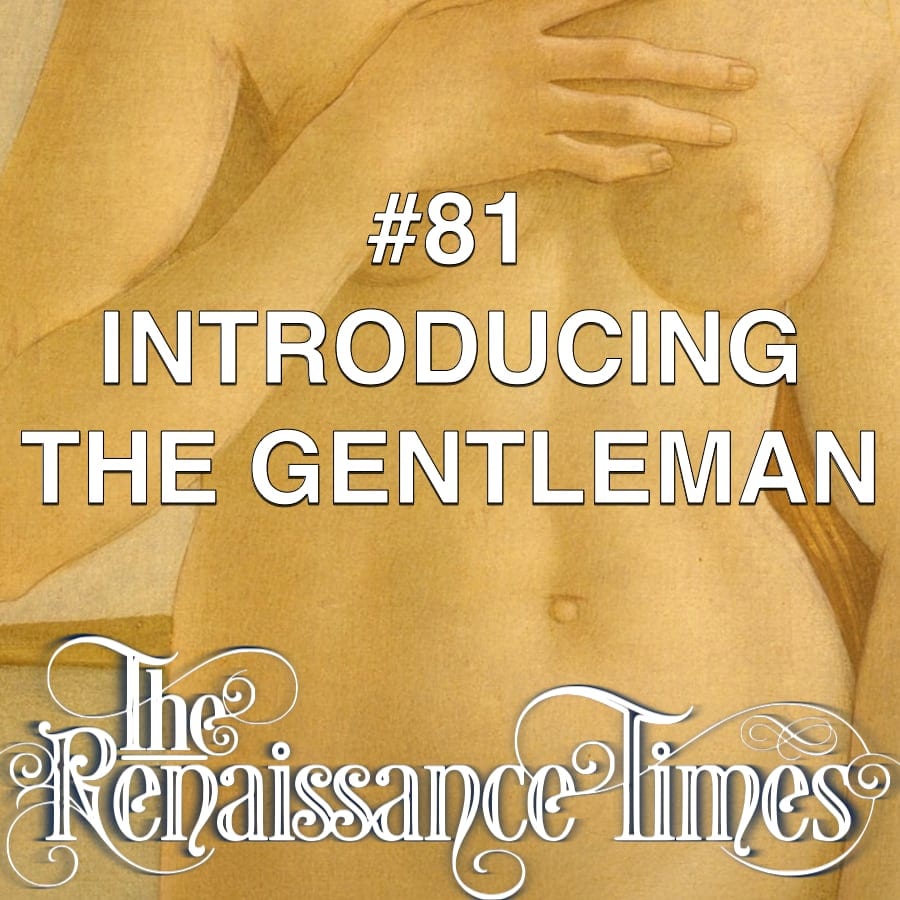 On this episode we discuss the artist Poliziano, who popularised the new sophistication and learning expected of a gentleman; Mirandola, who at age 23 decided to debate the entire world; and the magnificent breasts of Simonetta Vespucci. 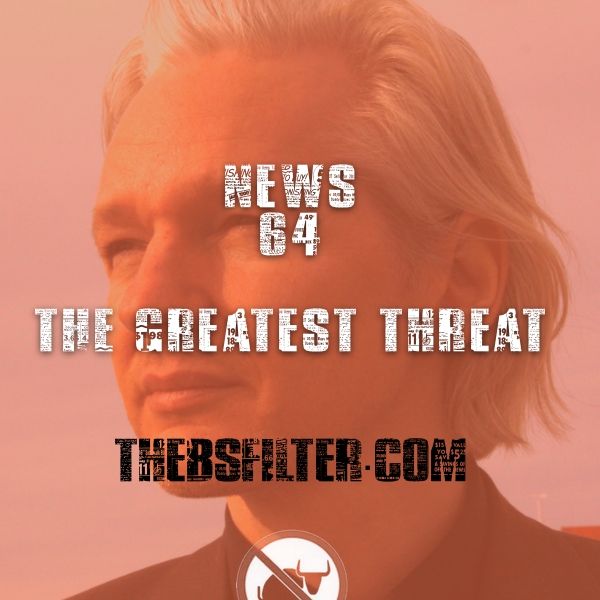 On this week’s show: Assange’s trial is a farce.

The US pulls out of Afghanistan.

“Sodomite” is a bad word.

No fraud in Bolivian election.

Yes, the market is in freefall – but that’s great for disciplined value investors. As Tony explains on this week’s episode, large market downturns happen once every five-seven years, and it’s in the rebounds that the best investors make big moves. He talks more about how he uses the three point trend line during downturns and we discuss some of our favourite snippets from this year’s Berkshire Hathaway Chairman’s newsletter.