The Balfour Declaration took the form of a letter, dated November 2, 1917, from the foreign secretary to Lord Lionel Walter Rothschild, a British banker and zoologist, who headed Britain’s Zionist Federation.
In this episode we explore the Rothschilds and their relationship with Zionism.

Alan MacLeod joins me to discuss the propaganda model and how it applies to media bias on the coverage of Bolivia, Venezuela, Corbyn, Ukrainegate and Russiagate.

We talk about why we sold Apollo Tourism again.
Howard Marks and the “Great Sag”.
Tony explains how to calculate a Discounted Cash Flow in detail.
We talk about our friend Torsten’s new bitcoin film “Cryptopia” and what we think about bitcoin as an investment.
Tony reveals his drink of the week.
And our analysis this week is Tap Oil.

One of the other first things Caligula did when he took power was to release Herod Agrippa from jail – King Herod from the New Testament. The grandson of Herod the Great. Which all gives me an excuse to talk about The Maccabean Revolt and a short history on Judaean politics from 169 BCE to Caligula.

President Evo Morales was recently the subject of a coup, and has fled to Mexico. In order to provide some perspective on the current events, we take a detailed look at the political history of Bolivia – a poor country that has survived an endless number of military coups, often supported and financed by the CIA. In this week’s jam packed episode, we answer the following questions from new subscriber Tess in Melbourne:

1. During reporting season, how do you decide which companies to put through the checklist given there are 2000 or so listed companies on the ASX?
2. The AFR new 52 week high tables have not been available since July, is there any other place I can source this info or can you recommend an alternative strategy for picking stocks to analyse?
3. I would like to be able to perform my own financial strength analysis as I do not have stock doctor. Cameron went over this briefly in one of your earlier episodes but there are some gaps in my knowledge.

We also talk about the Sohn Hearts and Minds conference that’s happening this week as well as the Wilson Asset Management AGM.

By all accounts, Caligula was extremely popular with the people, as his father, Germanicus, had been. Suetonius reports that Caligula was “the emperor most earnestly desired”. When he entered Rome, the celebrations are said to have gone on for almost three months, and more than 160,000 animals were sacrificed—and eaten.

Things in Palestine really started to heat up in 1908 – the year of The Young Turk Revolution. It was around this time that the violence between the Jews and the Arabs started to escalate beyond what was mostly localised troubles over property rights. And it took on a nationalist feel. The Jews started to arm themselves. The governor of Jerusalem, Azmi Bey, wrote: “We are not xenophobes; we welcome all strangers. We are not anti-Semites; we value the economic superiority of the Jews. But no nation, no government could open its arms to groups … aiming to take Palestine from us.”
In 1915, Britain and France sat down to work out who was going to control what in the Middle East after the war – what became known as the Sykes-Picot Agreement. By 1917, when the Allies were bogged down on the Western Front, Britain issued the Balfour Declaration. They hoped it would bring the American Jews to their cause, would help bring the United States into the war and keep Russia involved – and would stop the Jews from allying themselves with Ze Germans. 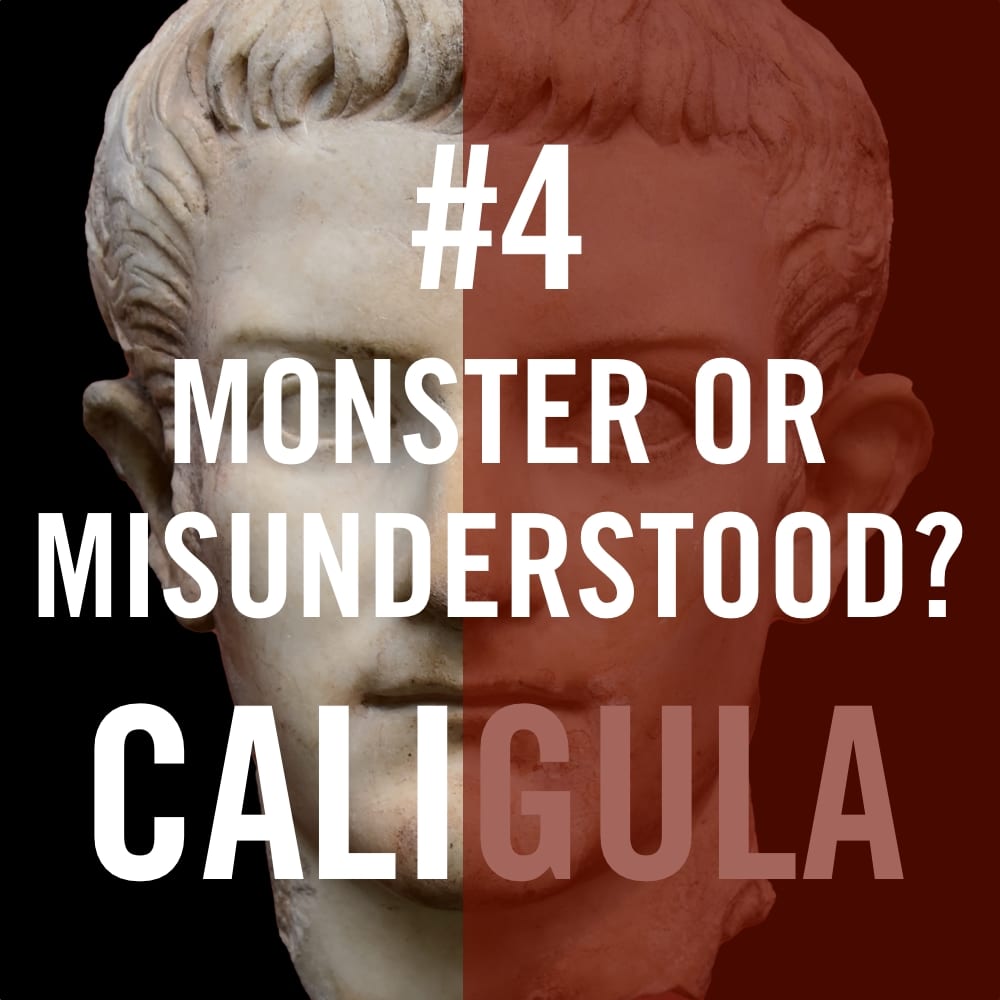 We all think we know something of the story of Caligula. We have a picture of him as a destructive monster, an insane sadist. But truth is rarely that simple. Let’s take a look at the sources and their individual biases. And let’s keep in mind that Caligula was Rome’s first true emperor.

Americans were SHOCKED to discover that Russia had interfered in their 2016 Presidential elections. How dare they interfere with the democratic process of a sovereign nation! Of course, those same Americans probably have no idea that their own country has, according to the research done by my guest today, done the same thing over 80 times since the end of WWII. And this number doesn’t even include the number of times the CIA has overthrown governments by supporting coups or regime change. Today I interview Dov H. Levin Ph.D, Assistant Professor, Department of Politics and Public Administration, University of Hong Kong about his research on what he calls his Partisan Electoral Intervention by the Great Powers dataset (PEIG). It shows how many times the USA and USSR/Russia intervened in foreign elections in the years 1946 – 2000.

Cosimo de Medici used his network of bank branches across Europe to do more than just make money. They were also used as an intelligence network. Medici cash was spread far and wide to keep him informed about the machinations of Florence’s – and the Medici family’s – enemies. One major enemy during this period was Milan, lead by Duke Filippo Maria Visconti – Immensely fat, fearsomely ugly, rarely appeared in public, loved to roll around naked on the grass and murder his wives – and who made several attempts to invade Florence, urged on by the enemies of the Medici. When Visconti died in 1447, he refused to acknowledge Francesco Sforza as his rightful heir, so Sforza just marched his army into Milan and declared himself the new Duke, which ushered in a new era of peace between Florence and Milan – but caused huge problems in their relationship with Venice, who appealed to the German Holy Roman Emperor Frederick III to intervene in Italy’s affairs.

This week Tony answers a couple of questions from club member Dave about why Warren Buffet & Berkshire are sitting on a massive pile of cash and how Tony is preparing for a “global market crunch”.
We also talk some more about listed investment companies, the “this time is different” delusion, and some selected quotes from a video Cameron watched by billionaire value investor Howard Marks from Oaktree Capital.
And in our club section we take a look at the financials of gold miner PRU (Perseus Mining).

It’s been a while since we have caught up with Cosimo de Medici. Four years after his return to Florence in 1434, he secured a huge opportunity for Florence, that would have far reaching effects on the Renaissance – hosting the Ecumenical Council between the East and West churches. This saw a contingent of 700 Greek scholars and theologians come to Florence for an extended stay. They brought with them knowledge and documents that would change Florence forever.

Quite soon after the first Zionist emigration to Palestine, tensions between the Jews and the Muslims started to erupt in small scale violence. Zionist settler Ahad Ha’Am wrote that the other Zionist colonists “behave towards the Arabs with hostility and cruelty, trespass without justification, beat them shamefully without sufficient cause and then boast about it.” Another early settler, Vladimir Dubnow, wrote in October 1882: “The ultimate goal … is, in time, to take over the Land of Israel and to restore to the Jews the political independence they have been deprived of for these two thousand years.… The Jews will yet arise and, arms in hand (if need be), declare that they are the masters of their ancient homeland.” And the first violence erupted at the very first Zionist colony, Petach Tikva. It wasn’t based on religious or political or racial differences – it was over land. Villagers who had worked the land had it taken away from them. They saw it as Russian colonialism.

This week Tony explains why he sometimes invests in Listed Investment Companies like Wilson Asset Management. We also talk about what to do with our worst-performing stock SMR, our extremely good end of month results, Tony’s horse that ran on Melbourne Cup day (not as good), and my son Taylor joins us to analyse oil and gas exploration and production company CUE.